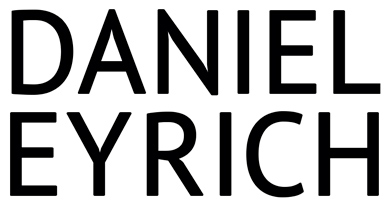 Daniel Eyrich develops composition concepts for experimental pieces of electronic music, in which he renders fundamental principles from sociologist Niklas Luhmann’s systems theory audible and tangible. Eine musikalische Systemtheorie (A musical systems theory) embraces several pieces of music, each of which is devoted to an acceptance of this theory of how the way systems are function is to imagine, how our soicial life is to understand with the idea of the constitution of the model of systems, and how interaction between people, and mental processes are to consider.

A System has an inside and an outside and is creatsd by making differentiations by drawing a boundary in the mass of perceivable phenomena in the environment you can observe. In order to portray the diverse systemic processes and the principle of differentiations, Eyrich uses consonance, chord sequences in the circle of fifths, field recordings, sonic asymmetry, repetition, and deviation, distorting and modulating synthesizers, variations of tones, etc. One particular piece, for example, is about experiencing the slowly developing ability to differentiate between appearances, to recognize similarity and variety. Other pieces, in turn, imitate autopoietic processes, or investigate how a piece of music can address its recipients in the form of a message, which produces a response. In this particular case, Eyrich composed a piece with two beats, which brings together a section designated loopable and clearly continuable, with one that has background sound, is open but not just a void.

According to the systems theory, the relationship between two communication partners is regulated in the worst case, that the premise of one can not get transferred to the other, by the four symbolic generalized communication media: power, love, ownership, and truth, which determine how, when communicating, the two sides behave with each other, assuming an active or passive, responsive, or subordinate role. On the basis of pieces of classical music that address these communication relations, Eyrich selected particularly expressive, atmospheric passages with a view to reworking hem such that, as in communication between two interacting partners, the various sound tracks influence one another in a specific way. Love, for example, which prompts the one communication partner to adapt his behavior to that of the other, is represented by Edvard Grieg’s I Love You, manipulated using a vocoder, which levels the pitch of the one track’s signal with that of the other.

Eyrich’s Musikalische Systemtheorie enables the complexity of the systems in which we operate to be experienced in an analytical and poetic way. As sonic experiments they give us cause to reflect on the regularities and deviations in our own perception and behavior patterns. The compositions follow rules, but are neither transparent nor predictable.

Die Segel is a since 2011 consisting mutli media performing group. Inspired by the concept of Fluxus they create shows that bring elements of video, painting, theatre, music and performance art together. The group is made up of six artist: Dirk Baumanns, Daniel Eyrich, Lisa Klinger, Erik Pfeiffer, Maximilian Reimann, Sven Schuppar and Tamara Zippel. The areas of responsibility are distributed among the members.

The performance is an conclusion of light, sound and physical expression. In a fragil moment is thematized, the premise of which assumes the affirmation of the image. The vulnerability of the individual image and the problem of percepting a moment as an indestructible and indivisible whole in a digital an increasingly differentiated world should be felt by the audience.

The idea for this series of printmaking tutorials came from my work as a lecturer. In this way, students as well as those who are interested can get an idea of the work of etching more quickly and also get helpful information and tricks that have become established in my workflow over the years.